The Dragonfly forms part of our organisation logo here at Roscommon Safe Link. We have chosen it because in almost every part of the world, the Dragonfly symbolises change, transformation, adaptability, and self-realisation. 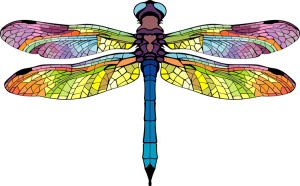 The change that is often referred to has its source in mental and emotional maturity and understanding the deeper meaning of life.  The Dragonfly’s scurrying flight across water represents an act of going beyond what’s on the surface and looking into the deeper implications and aspects of life.  The Dragonfly moves with elegance and grace.  The Dragonfly is iridescent both on its wings and body.  Iridescence shows itself in different colours depending on the angle and how the light falls on it. The magical property of iridescence is also associated with the discovery of one’s own abilities by unmasking the real self and removing the doubts one casts on his/her own sense of identity.

The Dragonfly normally lives most of its life as a nymph or an immature. It flies only for a fraction of its life.  This symbolises and exemplifies the virtue of living in the moment and living life to the fullest. By living in the moment, you are aware of who you are, where you are, what you are doing, what you want, what you don’t, and to make informed choices on a moment-to-moment basis.  The eyes of the Dragonfly symbolise the uninhibited vision of the mind and the ability to see beyond the limitations of the human self.  Dragonfly’s can be a symbol of self that comes with maturity. They can symbolise going past self-created illusions that limit our growth and ability to change. Fossils of very large dragonfly-like insects, sometimes called griffin flies, are found from 325 million years ago. These had wingspans up to about 750 mm (30 in), but were only distant ancestors, not true dragonflies. About 3,000 extant species of true dragonfly are known. Most are tropical, with fewer species in temperate regions. Loss of wetland habitat threatens dragonfly populations around the world.

Dragonflies are represented in human culture on artifacts such as pottery, rock paintings, statues and Art Nouveau jewellery as symbols of courage, strength, and happiness.